CHI ROYAL WINDSOR HORSE SHOW DAILY REPORT The CSI5* Show Jumping and CAIO4* Land Rover International Driving got underway on day two of Royal Windsor Horse Show, with the world's best horse and rider combinations in action. Elsewhere, Her Majesty The Queen was in attendance to watch her beloved Fell Pony, Balmoral Leia, being crowned The Horse & Hound Mountain and Moorland Supreme In-Hand Champion and the Jack Wetzel Coaching Marathon provided a spectacle as they headed down the Long Walk. 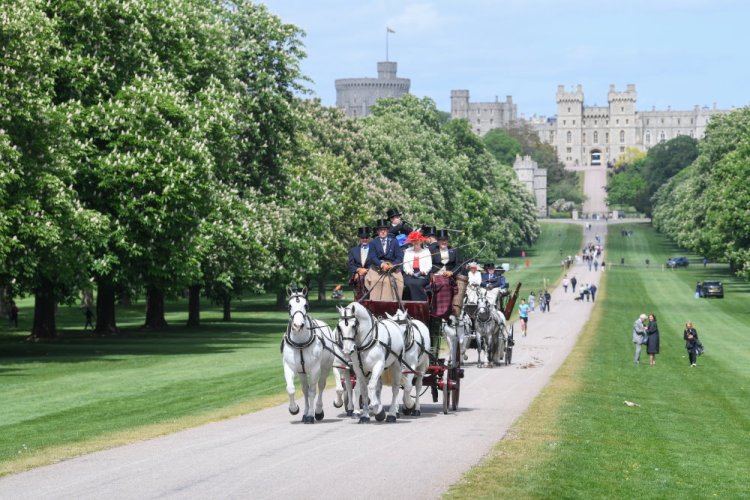 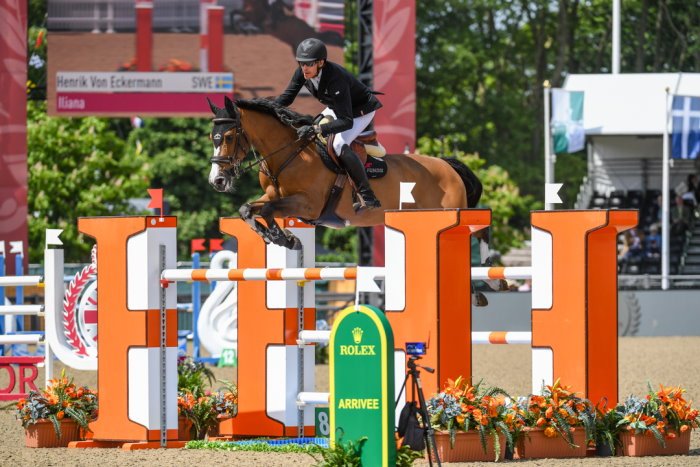 The opening CSI5* class of the Show, a two-phase competition, went to 2020 Olympic team gold medalist Henrik von Eckermann. Guy Williams took the early lead aboard Rouge de Ravel, making all the turns to set a time to beat of 25.66 and giving the crowd something to cheer about. For much of the class, it looked like Williams was going to bring home a British victory, however Christian Ahlmann riding Calvino 16 rode a masterful second phase against the clock to take the lead. With just four to go, von Eckermann, partnering the nine-year-old mare Iliana, jumped a flawless round to shave 0.04 seconds of Ahlmann’s time to secure the victory. 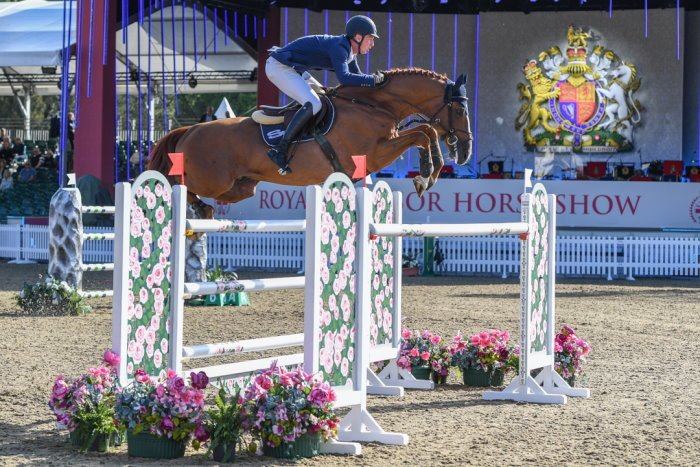 The feature class of the day, The Pearl Stakes, was a 1.55m jump-off class featuring some of the best horses and riders in the world. Of the 13 combinations going through to the second round, 10 were former World No. 1s. Daniel Deusser set the pace as third to go, with the first double clear in a time of 36.32. Bernardo Costa Cabral’s course proved challenging, with many riders accruing faults when trying to catch Deusser. Jos Velooy came closest with Luciano van het Geinsteinde, posting a time of 37.46. John Whitaker showed his experience to go into third with just two left to go, however no-one was able to match Deusser’s performance, leaving the German to take the spoils.

Speaking after the class, Deusser said: “Royal Windsor Horse Show is a fantastic event, it is a great feeling to be standing here as the winner in front of such a big crowd and with Windsor Castle in the background. Bingo Ste Hermelle is a small and nimble horse, so I can go very fast in the jump-off. I will give him tomorrow off in preparation for the Rolex Grand Prix on Sunday. I think if I make it to the jump-off on Sunday then we have a very good chance of winning!” 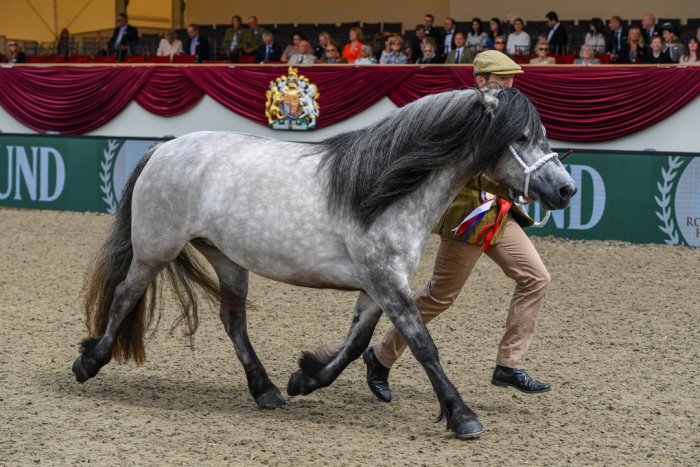 Showing success continued for Her Majesty The Queen, who was on hand to watch as her beautiful home-bred Highland mare, Balmoral Leia, claimed the prestigious Horse & Hound Mountain and Moorland Supreme In Hand Championship in the Castle Arena.

The five-year-old was beautifully shown by producer Lizzie Briant to win a strong adult class — also watched by Her Majesty — before the reins were handed over to Lizzie’s friend and fellow native pony enthusiast, Henry Hird, in the final reckoning

“She’s a beautiful mare, and this success is entirely down to Lizzie, who has produced her beautifully — I was just handed the lucky reins for the Championship,” said Henry, who earlier showed The Queen’s yearling colt, Balmoral Duke, to be third in the Strong Youngstock class.

“Leia is such a pretty mare and a joy to have,” added Lizzie. “She is also broken-in to ride, and I have high hopes for her.” 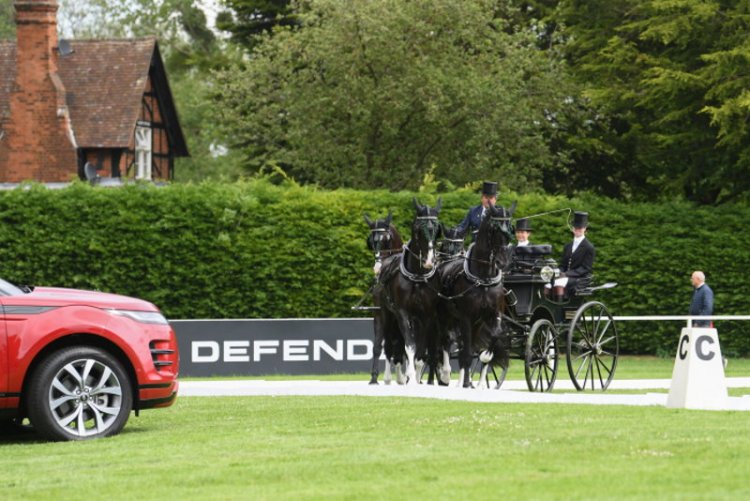 Day one of the Royal Windsor CAIO4* Land Rover Grand Prix went to current indoor and outdoor FEI Driving World Champion Boyd Exell (AUS) who scored just shy of 80% to clinch a lead in the Dressage. With a margin of just over 5%, he sits ahead of multiple Dutch champion Isjbrand Chardon with a score of 74.3%. In third with 71.8% is Germany’s Mareike Harm, one of two ladies in the Horse Fours class. The USA’s Chester Weber is in fourth. The highest placed British competitor is Daniel Naprous who scored 60.6% to take him into 10th place.  Ahead of Saturday’s Marathon phase - which promises to be an exhilarating test for all 15 drivers - the obstacles look challenging but flow well around the scenic parkland of Windsor Castle. Boyd will be the firm favourite to retain the title he won last year, but Marathon specialists Koos de Ronde and Glenn Gerts will be pushing him all the way.

A WELCOME RETURN TO INTERNATIONAL COMPETITION AT ROYAL WINDSOR ENDURANCE 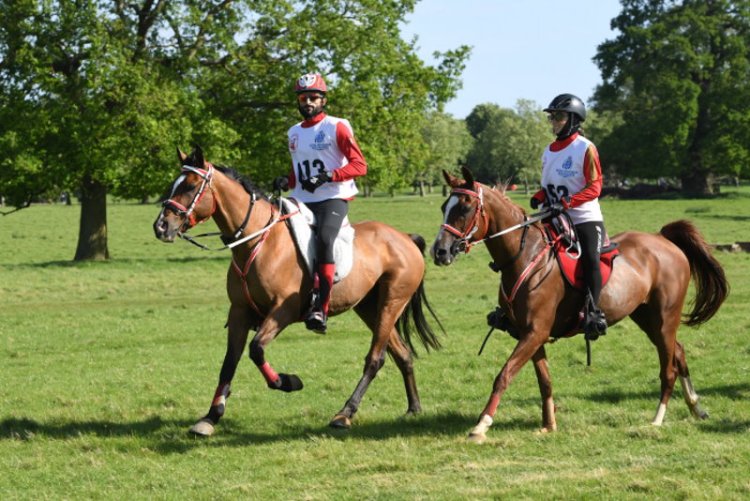 Riders representing countries including Uruguay, South Africa, Portugal, Spain and India set out on Friday morning in near perfect weather conditions. The day remained sunny but cool and although dusty, the tracks benefitted a little from the rain earlier in the week.

News of the death of President Sheikh Khalifa bin Zayed al-Nahyan of the United Arab Emirates emerged during the ride, and as a result some of those representing UAE made the decision to retire.

Great Britain had eleven competitors in total and seven finished, with a particularly strong showing in the 100Km, where all British Riders finished. Nicola Thorne placed second on L.I.Wallonia in 05:00:08 and Annie Joppe third on HS Chiara in 05:22:47.

Royal Windsor Endurance Director, Nick Brooks-Ward, said: “We were so pleased to welcome international competitors back to Royal Windsor Endurance today. The course was excellent and there was a tremendous atmosphere of care and cooperation amongst competitors and crews. We are grateful to the officials, sponsors and to the Crown Estate whose hard work ensures the fabulous environment in the Great Park. Our very grateful thanks also to the Kingdom of Bahrain for providing the funding for such a tremendous ride.”

President of the Ground Jury, Brian Dunn (IRL), said: “As usual for Royal Windsor it was a well-run and well-organised event. The course was great; technical and testing and we had an experienced, capable team of officials. Horses were ably cared for with welfare at the forefront of everyone’s minds.”

President of the Treating Veterinarians, Tom Eaton-Evans (GBR), said: “The sign of a good ride today was that we treated very few horses. Some were kept under observation but the treating team was quiet all day.  One horse has been taken to Newmarket Equine Hospital for assessment for a hindlimb lameness. No others needed any medical intervention.”

Presentations will take place at the Royal Windsor Horse Show on Saturday 14th  and all results can be found here.

PHOTO OF THE DAY 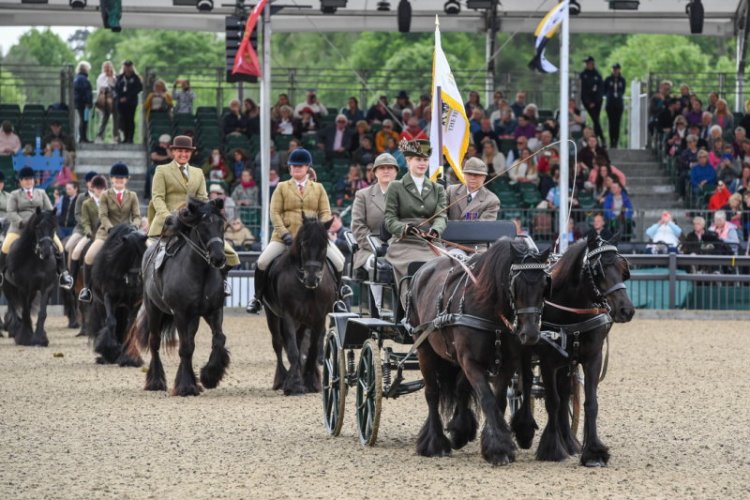 WHAT TO LOOK FORWARD TO ON SATURDAY 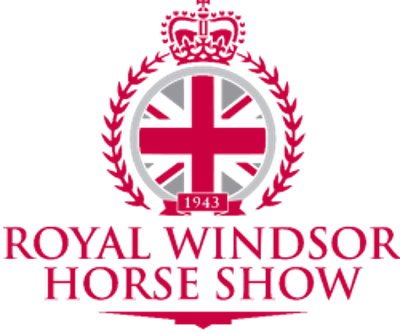