Driving’s most famous names confirmed for Pratoni - A starry roll call of the world’s top four-in-hand drivers makes up the definite entry list, revealed a week ahead of the 25th FEI Driving World Championship for Four-in-Hand. 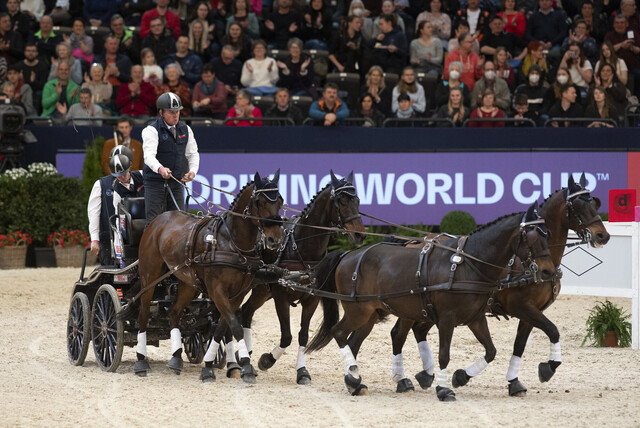 All eyes will be on five time World Champion Boyd Exell (AUS) who is aiming for his sixth consecutive outdoor title against the likes of four-time winner Ijsbrand Chardon (NED) or Zoltán Lázár (HUN).

Keeping it in the family, Ijsbrand’s son and current FEI Driving World Cup™ Champion, Bram, joins the Dutch contingent, while for Hungary, successful father and son duo József Dobrovitz Snr. and Jnr. return to Pratoni having been at May’s Test Event. The two ladies on the list are Germany’s Mareike Harm and Anna Sandmann, the latter being the daughter of international Driving icon Christoph Sandmann, who competed in multiple editions of the FEI World Equestrian Games™.

From the sixteen countries who have confirmed their 37 athletes and 185 horses, Holland will lead the charge in the team event. Winners of team gold a record ten times since the first World Championships held in Münster (GER) in 1972, they are boosted by a depth of talent including world number two, Koos de Ronde. Previous winners Germany and Hungary, who are also fielding the maximum six athletes, will put up a tough fight for the coveted team crown. Another nation to watch is Belgium, with the up and coming Dries Degriek joining Leipzig’s World Cup bronze medallist Glenn Geerts and Tom Stokmans.

The USA will not be defending the team title won in Tryon (USA) as their only competitor is Chester Webber, although as the 2018 silver medallist and an experienced campaigner, he will have an individual podium place in his sights. Shaping his season around this event, Chester’s horses came to Europe from Florida in May.

Each of the six nations which has entered a team of three athletes can field up to three additional individuals. Also in the team event, France has four entries, including Test Event winner Anthony Horde and as the home nation, Italy is represented by one driver, Luca Cassottana. World number three, Jérôme Voutaz, is flying the Swiss flag and individual athletes have also been confirmed by Austria, Czech Republic, Spain, Poland, Romania, Sweden and Uruguay.

Having just turned 50, Boyd has enjoyed an unbeaten outdoor season this year and is on the form of his career. With a steely focus, he is determined not only to defend his title but to resoundingly win. Consistent across the three phases of dressage, marathon and cones, he is a master at maintaining his cool under pressure, whether leading from the front or chasing from behind. Joining him to give Australia a team is Tor Van Den Berg, who is also a Grand Prix Dressage rider.

For those who came to the FEI World Equestrian Games™ held at Pratoni del Vivaro in 1998, it is a welcome return to this legendary venue, which has been overhauled ahead of the FEI World Championships 2022. For others, it may be their first visit, and they can be assured of a warm Italian welcome – as well as nail biting competition where history will be made.

The FEI Driving World Championship 2022 will begin on 21 September with the horse and course inspections. The competition schedule will be:

For more information on the FEI World Championships 2022 in Pratoni del Vivaro (ITA), go to: https://pratoni2022.it/en 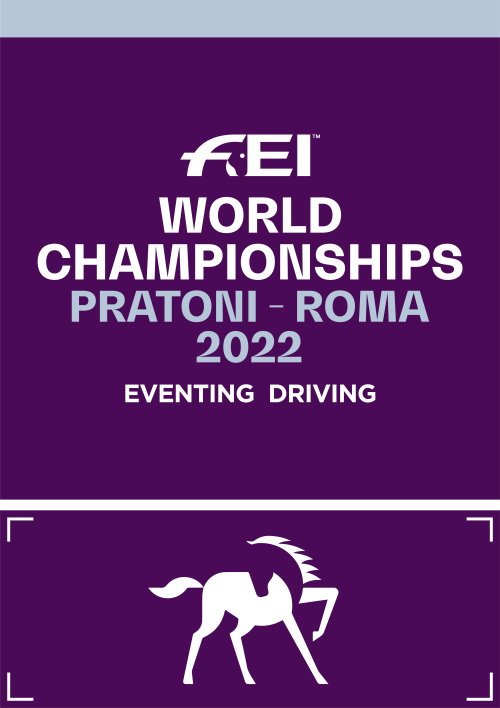