The French set their sights on a gold rush

In a few days, the world will come together once again for the ECCO FEI World Championships 2022 in Jumping, Dressage, Vaulting, and Para-Dressage, in Herning, Denmark. 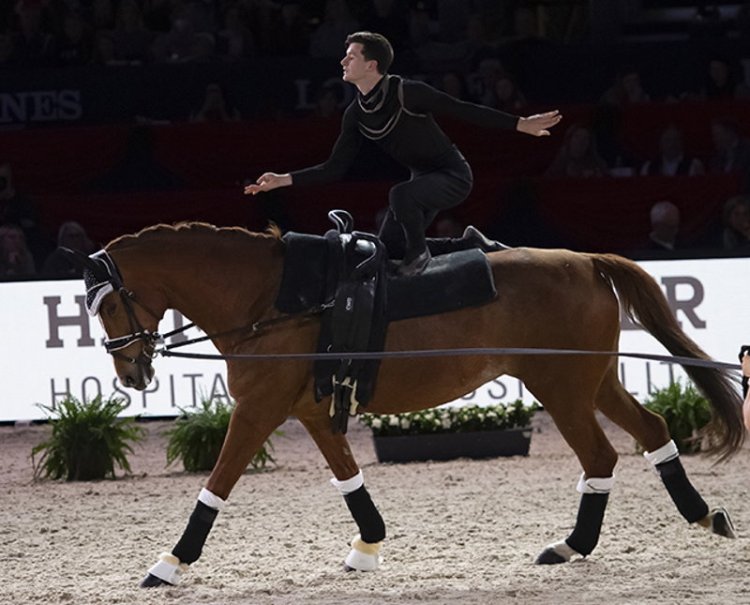 Previous champions and new faces will step into the circle to battle it out to prove themselves top of the world at the Mustang FEI Vaulting World Championships 2022.

A reformed programme for Individual vaulters will see all competitors advance from the first round, the compulsories and technical test, into the final freestyle round.

As the only returning female medallist from the 2021 FEI Vaulting World Championships, there are high expectations for Austrian Eva Nagiller. She will face fierce competition from FEI Vaulting World Cup™ winner Manon Moutinho (FRA), who has been on top form this season and Sheena Bendixen (DEN), who hopes to improve on last year’s fourth place finish to win a medal for the host nation. The Germans field strong contenders in Alina Roß, Kathrin Meyer and Julia Wagner, however experienced competitors Nadja Buttiker (SUI) and Kimberly Palmer (USA) will also be looking for a top three finish.

Stalwart Lambert Leclezio (FRA) heads up the entries for the male Individual competition. He is planning to retire from individual competition after the event.  Success in Herning would give him an incredible fourth successive World Championship title and further cement his legacy in the sport.

Attempting to thwart him are teammate Quentin Jabet, Italy’s Lorenzo Lupacchini, who is looking to repeat his win at the FEI Vaulting World Cup™ Final, and old rival Juan Martin Clavijo (COL).

There is a surprise entry from the young Dutch star Sam Dos Santos who decided to test his mettle at the Senior Championships instead of the Juniors after a brilliant competition at the CHIO in Aachen. The 16-year-old said “I think it is an honour to be able to compete alongside all the Seniors… The pressure to win will be less in Herning compared to the Junior Championships at Kaposvar, (HUN)”.  Germany’s Thomas Brüsewitz, Jannik Heiland and Julian Wilfling will all be hoping to get their feet on the podium in a very strong class.

The Squad competition has also altered this year with only one freestyle test counting towards the result. The 2018 FEI World Equestrian Games™ gold medal squad representing Germany is back once again to thrill the audience and judges as they did in Tryon (USA). Both the Austrian and Swiss squads will be aiming to complete the podium.

It is the French, however, who enter as an unknown quantity with a lot of potential.  Lambert Leclezio and Manon Moutinho will both compete as part of the squad and we know they will score highly in the compulsory test. It remains to be seen whether their freestyle, as yet unseen in international competition, will take them to the top.

Favourites in the Pas-De-Deux class, European Champions Chiara Congia & Justin van Gerven (GER) will be aiming for their first Pas-De-Deux World title.  Compatriots, Diana Harwardt and Peter Künne hope to build on their junior successes and add a senior medal to their collection. Strong competition comes from Austrians, Romana Hintner and Eva Nagiller, and Theresa Thiel who has teamed up with a new partner, Dominik Eder for this Championship. With only seven starting pairs, there will be no margin for error for those aiming to make the podium. Italy, Denmark and the USA have one entry each, any of whom might break into the top three.

On the final day of Vaulting the highly anticipated Nations Team competition takes place. The top eight nations will challenge to become the champions. Having won a bronze at last year’s World Championships in Hungary (postponed from 2020), the Danish team would delight a home crowd by repeating that result. It will certainly be a challenge for them as last year’s winners Germany, alongside Austria and Switzerland will all present high-quality teams. The French possess the potential to run away with the gold if nerves are steady and the squad can perform. Let’s hope for a nail-biting finale!

There is no doubt the Mustang FEI Vaulting World Championships 2022 will be full of excitement, anticipation and nervous energy as the world’s best aim to put their stamp in the history books. 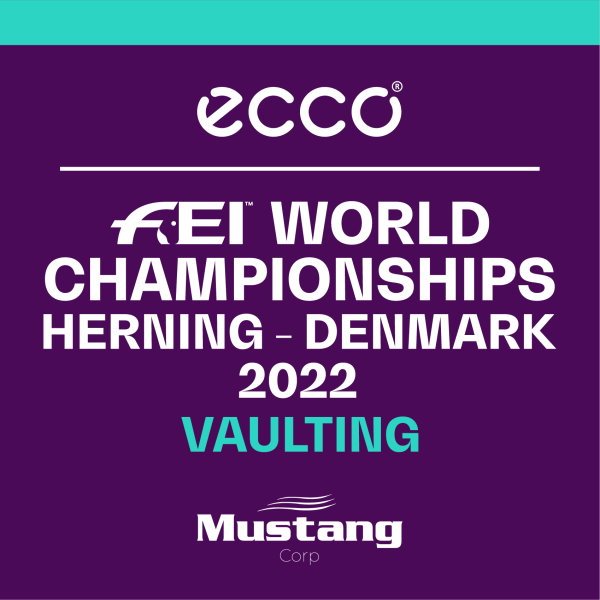