FEI Secretary General Sabrina Ibáñez has been unanimously re-elected President of the Association of Paralympic Sports Organisations (APSO) for the four-year term 2021-2025. 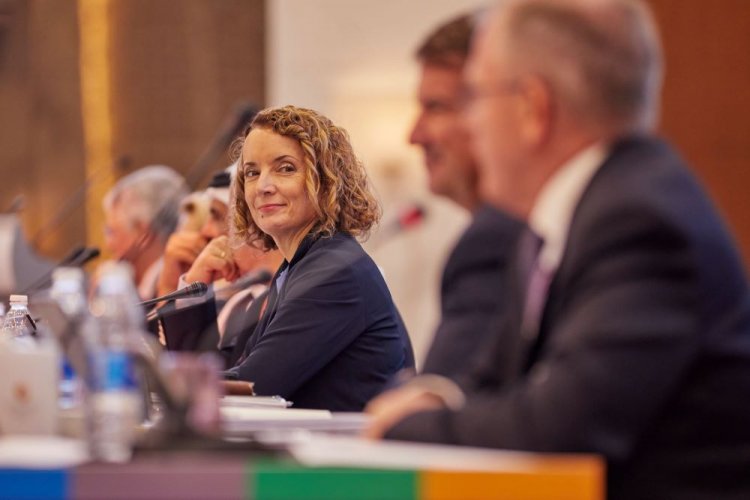 FEI Secretary General Sabrina Ibáñez has been unanimously re-elected President of the Association of Paralympic Sports Organisations (APSO) for the four-year term 2021-2025.

“It is a huge honour to continue in my role as APSO President and I would like to thank the APSO membership for their confidence in me,” Ibáñez said.

“As some Paralympic Sports begin the move to International Federations and other organisational structures, APSO and its members are well placed to provide these sports with the necessary expertise and experience to ensure a smooth transition process.

“As the Paralympic Games in Tokyo have shown, Para Sport is growing in stature and has an important role to play in changing views and perceptions about disabilities in communities around the world. And APSO is committed to working with the International Paralympic Committee (IPC) to build a world where diversity and inclusion is the norm.”

The APSO Executive Board now includes representatives from three Olympic sports (one winter and two summer sports), one representative from an independent para sport and one from an International Organisation of Sport for the Disabled (IOSD).

The FEI is the world governing body for horse sport recognised by the International Olympic Committee (IOC) and was founded in 1921. Equestrian sport has been part of the Olympic movement since the 1912 Games in Stockholm.

The FEI is the sole controlling authority for all international events in the Olympic sports of Jumping, Dressage and Eventing, as well as Driving, Endurance and Vaulting.

The FEI became one of the first international sports governing bodies to govern and regulate global para sport alongside its seven able-bodied disciplines when Para Dressage joined its ranks in 2006. The FEI now governs all international competitions for Para Dressage and Para Driving. The number of international para equestrian events has almost tripled in 10 years.