It was a thrilling finish to a sensational weekend of show jumping in the heart of Sweden as Bertram Allen closed the Longines Global Champions Tour of Stockholm weekend with a win on Pacino Amiro in a lightning-fast 1.55m jump-off class presented by Agria. 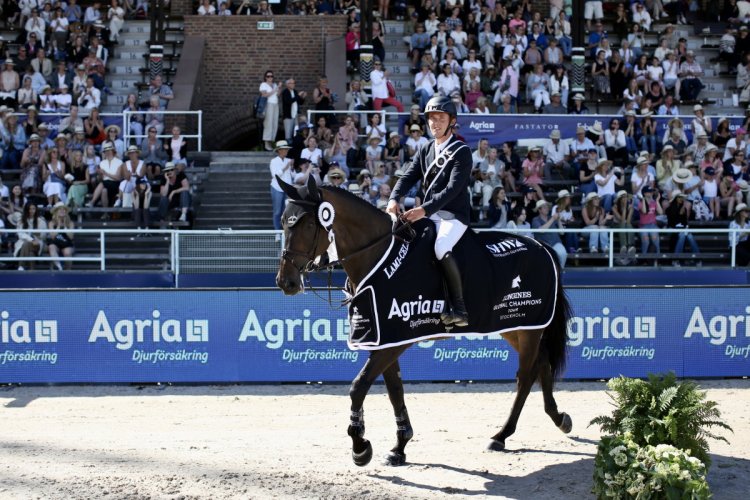 Once again the Swedish Olympic Stadium was filled to the rafters as Allen defeated Daniel Deusser on Jasmien vd Bisschop to take the win by just 0.04s. In front of passionate crowds home hero Peder Fredricson finished the podium off to take bronze on Catch Me Not S.

Irishman Bertram Allen told GCTV: “All the riders have been talking about it all week, how the atmosphere here is literally one of the best shows all year for that. I was very motivated for today and I wanted to make the most of it.”

Allen then added: “It was definitely a thrilling jump-off, it was fast and with Daniel and Peder both having good rounds I knew I had to take a lot of risks. My horse jumped fantastic today so it was nice to come out on top.”

Sweden’s capital city has been a bustling metropolis the whole weekend for the Longines Global Champions Tour of Stockholm and the final course of the weekend didn’t disappoint as control, pace and precision were the top talking points today for those contesting the €148,800 prize purse.

There was disappointment for many of the top riders as poles fell all around the course, especially for local legend Henrik von Eckermann who has been placed first or second in every other CSI5* class this weekend but a fast four faults still put him in the top ten with Glamour Girl.

It was a fast and furious 9 rider jump-off with Petronella Andersson and Cassina Z the first combination to return to the ring. Unfortunately, the pressure got to them and two down kept them out of contention for the win.

Jérôme Guery was the first to go clear with fairly new ride Azaria Dinero as they threw down the gauntlet to the rest of the field stopping the clock in 36.38s although he didn’t take out a stride in the first line so left room for improvement.

With his famously smooth style, Marcus Ehning piloted Priam du Roset around the fast course, opting to go extremely tight in the roll back that proved a little too much as he had to pull out and add 4 faults to his score before a smooth reapproach and a huge effort over the last still kept him inside the time allowed.

Looking for a sizzling finish to her weekend Georgina Bloomberg and Tulara Colmine put in a top effort with a smooth and effortless double clear just off the time to beat but good enough for a top 5 finish.

Both Marlon Modolo Zanotelli on Luigi d'Eclipse and Michael G Duffy with Clitschko had a rail down and were forced to settle for a placing outside the top 5.

The crowd went absolutely mental when Daniel Deusser and Jasmien vd Bisschop made a crazy rollback to the penultimate fence, risking it all the pair had full trust in each other and manage to pull it off stopping the timers at 35.96s and making it look unbeatable.

Winner of this class in 2019 Peder Fredricson wanted to make it a home win on the final day of action onboard Catch Me Not S. They gave it everything fully determined but couldn’t quite match the pace of the speedy German falling just behind him in 36.38s.

The crowd once again cheered in appreciation as Bertram Allen and Pacino Amiro entered the arena. The huge-striding horse powered around the course, the pair exactly level with Daniel at the halfway stage. They sprinted down the final line and took an angle to the last, shaving milliseconds off the time to take the win in 35.92s

So Bertram Allen would round out his weekend with the perfect finish, as the Tour waves goodbye to LGCT Stockholm and looks ahead to Paris from 24 - 26 June for round 9 of action in the Championship. 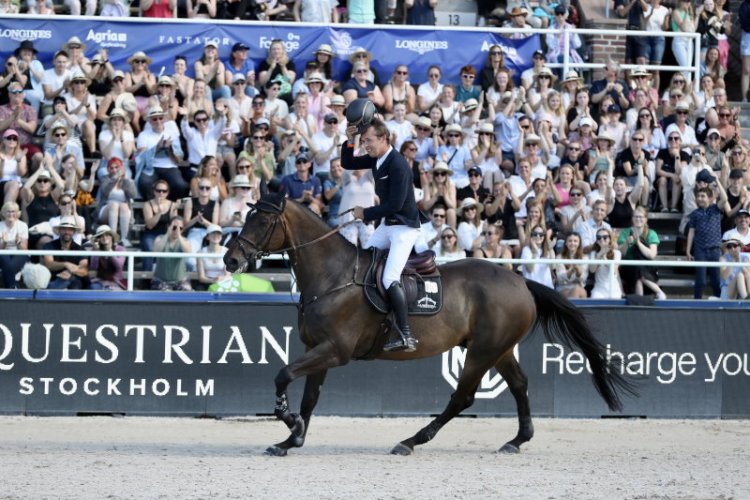