Big expectations have been set ahead of this week’s Longines Global Champions Tour - Longines Paris Eiffel Jumping, as the 9th round of the Championship race gets underway and Christian Ahlmann and Ben Maher go head to head in the magical city. 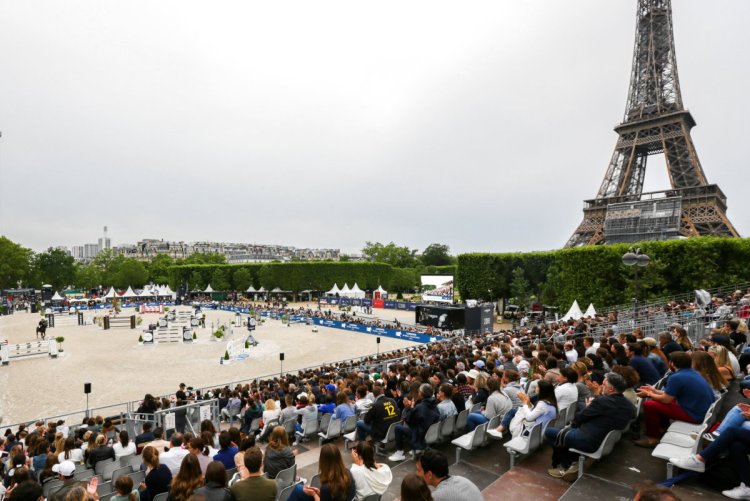 A whole host of horsepower will be present in Paris for what promises to be a unique sporting, social and cultural spectacular, set once again against the backdrop of one of the world's most iconic landmarks, the Eiffel Tower.

Current overall ranking leader Christian Ahlmann has widened his lead slightly after his win in Stockholm last week, where he now sits on 188 points overall. Ahead of the event, he spoke of what it takes to succeed at the highest level of the sport. “We have had a great season so far but it's only halftime. I am very pleased with my horses and my whole team who work really really hard and I really hope that everything stays sound and focused and we can make it at the end of the season.”

Second in the ranking, but breathing down the neck of the German champion is two-time LGCT Champion Ben Maher on 154 points overall, and with the return of Explosion W he is sure to be aiming high for this weekend. However, young talent Gilles Thomas can’t be forgotten as he will be going all guns blazing under the Eiffel Tower to try and better his 5th spot on the Championship table.

One of the most visited cities in the world, Paris is brimming with famous attractions and landmarks. Spectators can enjoy world-class show jumping in the heart of the ‘International City of Style’, against one of the most recognisable landmarks in the world. Over 50,000 visitors are expected to attend what's become a meeting place for horse lovers and socialites around the world.