BEVA Congress 2022, Liverpool: The British Horse Society (BHS), in collaboration with the British Equine Veterinary Association (BEVA), is striving to tackle worm resistance with its new ‘Think Before You Worm’ campaign. 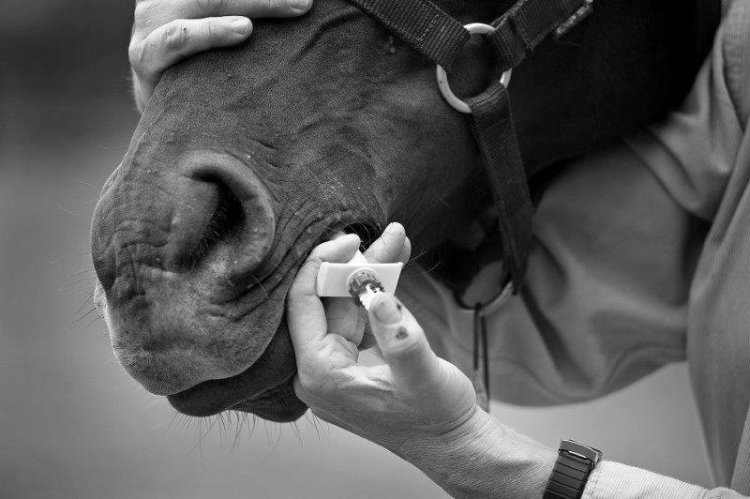 Launching at this year’s BEVA Congress, project ‘Think Before You Worm’ aims to educate horse owners, carers and yard managers on the importance of following an evidence-based, testing-led, deworming programme that has been developed in partnership with their vet. This comes as the risk of dewormer resistance continues to threaten the equine industry; a state that occurs when a proportion of the worms inside horses are no longer killed by the dewormer.

The outdated practice of giving dewormers at regular intervals without testing first, has resulted in worms becoming resistant to many of the drugs that we use. The aim of ‘Think Before You Worm’ is to help slow resistance by urging more equestrians to reduce a horse’s unnecessary exposure to dewormers by using testing-led programmes.

The BHS advises that a one size fits all approach does not apply when it comes to deworming, instead the timing and frequency of testing and possible treatment should be determined on a case-by-case basis with the support of a vet.

Gabby Madders, Welfare Campaigns Officer at The British Horse Society said: “If we continuously deworm our horses without testing first, the number of resistant worms present will increase. This means worms on a horse’s pasture will become resistant to dewormers and no longer respond to treatment.

Only five types of chemical drugs are available to treat horses in the UK for worms and there is now evidence of resistance to all of these chemicals. Without action, we could reach a point in the future where all worms are resistant to the dewormers available, which will be disastrous for equine welfare.

We’re delighted to be working with BEVA to minimise the threat of resistance and to support horse owners, carers and yard managers with the development of a tailored, testing-led deworming plan that prioritises the welfare of their horses and eliminates any unnecessary treatment.”

David Rendle, BEVA President Elect said: “BEVA is delighted to be working with the BHS on revised worm control guidelines. Horse owners are becoming increasingly aware of the urgency with which we need to tackle dewormer resistance and find sustainable testing-led strategies of control, that minimise potential harm both to horses and to the environment.

The BHS and BEVA guidelines are an excellent reference, and we would urge every horse and yard owner to work with their local veterinary surgeon to develop testing-led programmes that work best for them. Vets want to help.”

The impacts of resistance include:

The BHS and BEVA are offering the following guidance:

To slow down resistance, equestrians need to:

The British Horse Society and BEVA will be launching the ‘Think Before You Worm’ project at the BEVA Congress 2022, held from 8 – 10 September. Make sure to visit our Horse Care & Welfare team on the BHS stand: D04 to learn more.

For further information on ‘Think Before You Worm’ campaign, please visit: bhs.org.uk/worming