#TheTeaFromTokyo: Off to Cross Country Island We Go!

It didn’t take long after dressage wrapped up today for the bustle of getting the horses and all of their equipment onto shuttles and over to Sea Forest Cross Country Course. The plan is to 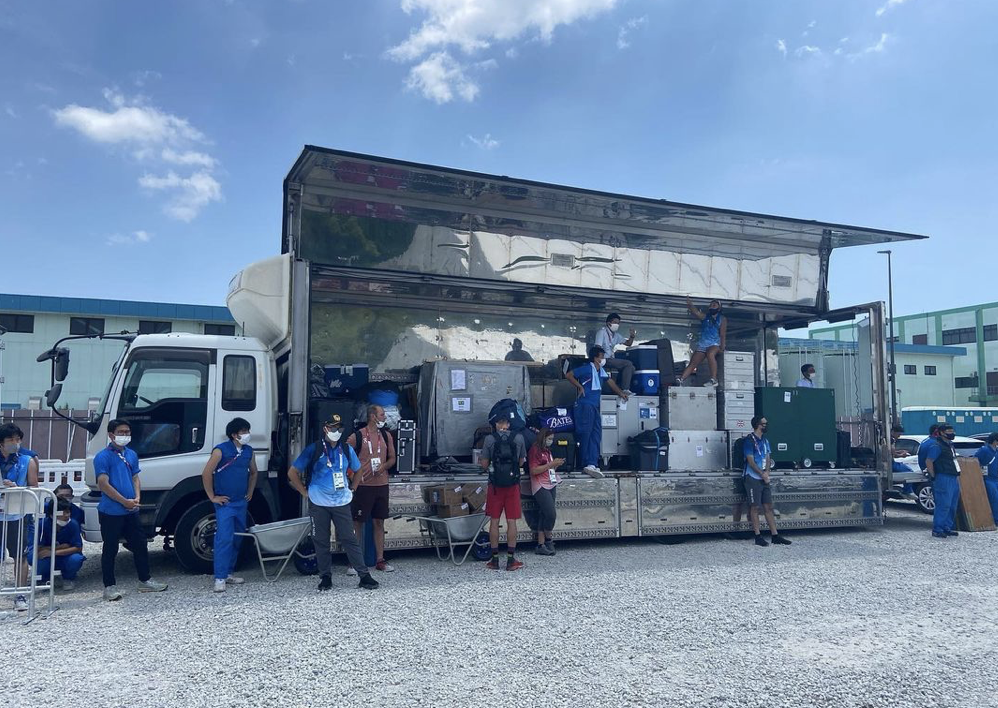 It didn’t take long after dressage wrapped up today for the bustle of getting the horses and all of their equipment onto shuttles and over to Sea Forest Cross Country Course. The plan is to transport the horses via Japanese Racing Authority horse vans over to what we’ve dubbed Cross Country Island this afternoon, where temporary stabling has been erected. The horses will get a chance to go for a hack this afternoon or evening and settle in before the bright and early start of cross country tomorrow. Doug Payne’s groom Courtney Carson reports that the stabling is climate controlled and has large enough stalls to allow the horses to relax. For tonight, the grooms have been put up closer to Sea Forest Cross Country to allow them to be closer to their horses – they’ve been given lodging across the street from Baji Equestrian Park for the other nights.

One of the things that has necessitated a lot of logistical juggling throughout this week has been the distance between the Olympic Village, media hotels, the Baji Equestrian Park and the Sea Forest Cross Country Course. To give you a visual, here’s a map showing the different points from which various stakeholders may be traveling to and from (for reference, I used the hotel I am staying at, which is an official media hotel designated by the Olympic Committee. Media, owners and others are scattered about the city in other official accommodations). 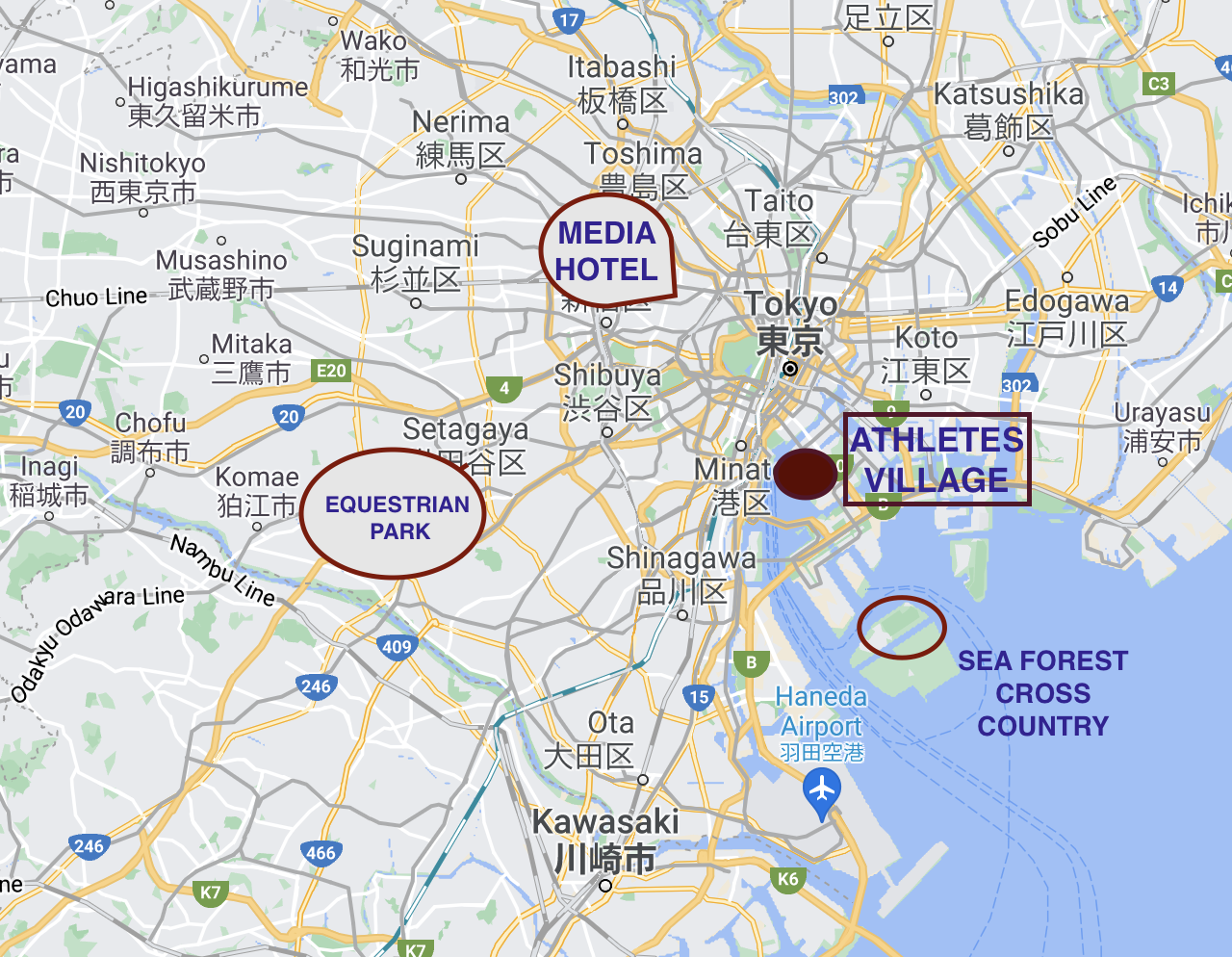 Tokyo is designed with dizzying efficiency, but as with any other city there is plenty of surface street traffic to contend with at typical rush hours. Generally speaking, it’s about a 40 minute drive from the Olympic Village to the Equestrian Park and about a 20-30 minute drive from the Village to Sea Forest Cross Country Course. Sea Forest is the southernmost destination for the horses, so the trip from Baji Equestrian Park to Sea Forest takes about an hour, depending on traffic. For me, I’m a shade closer to Baji Equestrian Park (about 45 minutes by taxi) than Sea Forest – it took about an hour, maybe a hair more, to get there the last time I went.

All of that to say, there’s a lot of shuttling back and forth here, and while Tokyo is a very walkable city – the sidewalks here are even designed to make room for people making their walk or bike commutes each day – it’s a bit too far to feel like you could walk to the venues here.

Transportation has been relatively smooth here – busses have been put on timetables running throughout the day to each venue to, and there are also private shuttles for athletes and officials. The organizing committee has also provided chartered taxis for Games stakeholders. No one is allowed to use public transportation here for their first 14 days in Tokyo, so arrangements have been made to ensure that everyone can get to and from venues and hotels without having to mix in with the general public. For my part, I’ve had virtually no transportation snags and I have to commend the organizing committee for not only their attention to detail but also their efficiency with ensuring everyone is where they need to be.

All of that to say: it’s a process getting the horses to cross country, and once again we must shout out the hardworking grooms, vets and other support personnel who are working tirelessly to make sure their horses are kept comfortable. It’s quite a different show than what we’re used to seeing, but the horses seem to be taking everything well in stride as just another adventure.

Let’s take a look at some social media from “moving day”!

Ok, can we talk about how cool this equipment transport truck is?

Horses on the move:

Roadmap for the Ethical Use of Horses in Sport

Good for bonding and his health: grooming benefits plus 5 essential br...