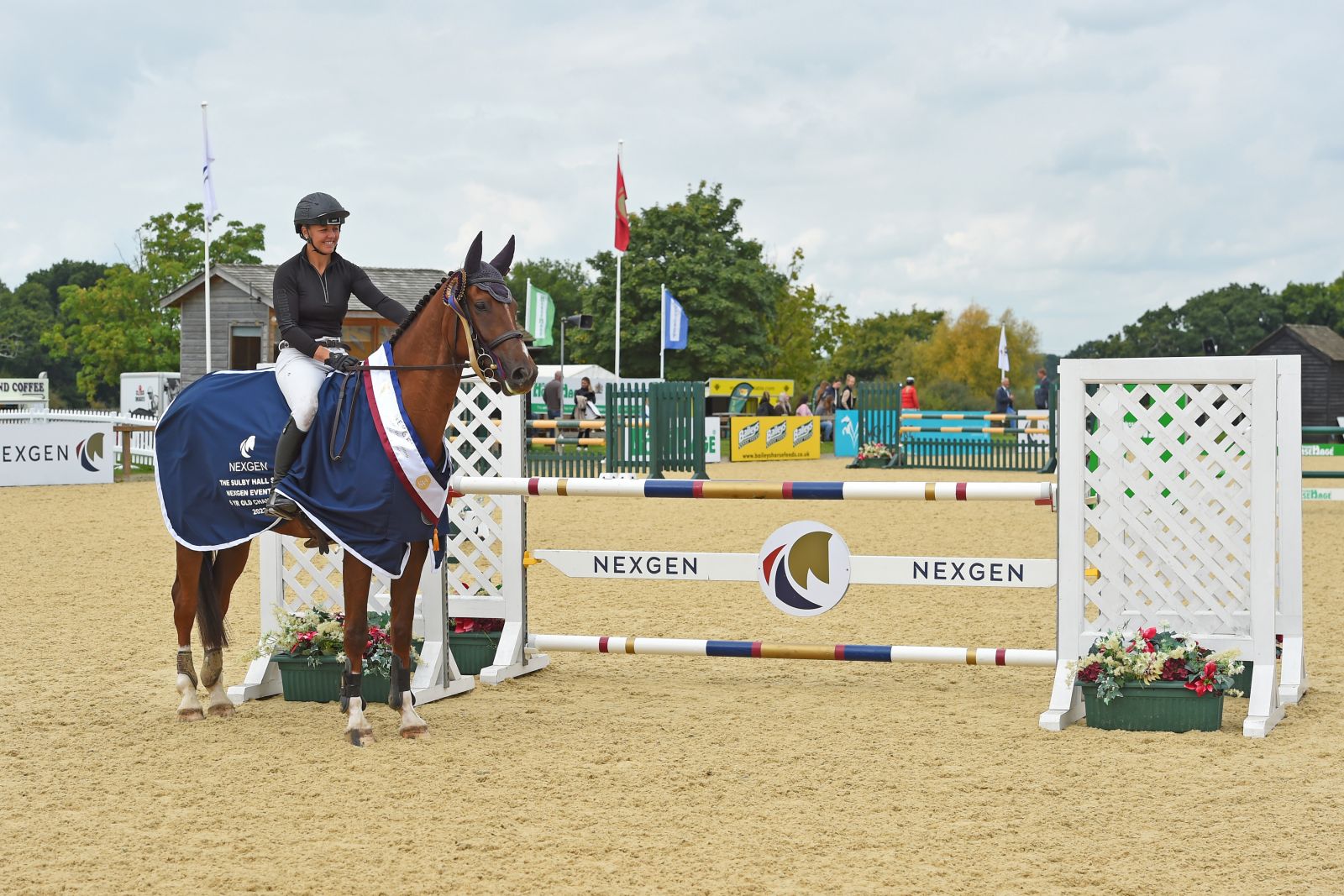 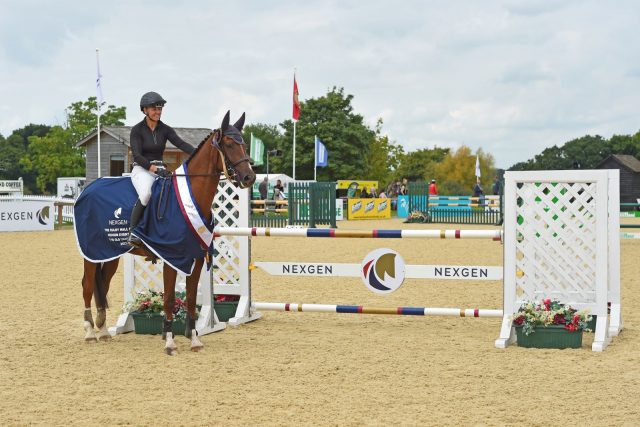 “This is his first big competition,” says Sammi of the expressive gelding, who began eventing this April and has notched up two impressive double clears at the Novice level so far. That experience proved valuable as he tackled this morning’s course, the bogey fence of which was a boat in the water that caused a number of stops throughout the class.

“Today he really impressed me, because it was tough for him – the boat was spooky, but he just kept trying.”

Sammi also took third place in the class with Parkfield Artie Blou, who headed out onto the all-weather cross-country course first of her two rides – and while he was one of the horses to pick up a penalty at the boat, his overall performance particularly impressed judges Les Smith and Frank Ostholt.

“I did stuff my other one up at the boat, and actually, I would have thought that this one would have been the spookier horse, because he’s done less! But both of them have learned a lot and will have come on loads from this. It’s so good for them,” says Sammi, who praised the NEXGEN series for providing an educational stepping-stone for future upper-level horses. “For me, it’s all about producing them for the future, and so I felt that this was the best thing for my young horses. They’re not quite ready for Le Lion d’Angers, and so this is the pathway that I felt would bring them on the best for the future.”

Sammi, who also represents Parkfield Breeding at the top level with Finduss PFB, emphasised the importance of a pipeline – particularly for those prolific breeders who are contributing to the consistent raising of standards in Great Britain.

“It’s great to showcase Parkfield Breeding. They’ve got some lovely young horses, and they’ve been very supportive through to the top levels. They’ve stuck by their five-star horse and done everything right by them, and they really deserve to have these nice six-year-olds in the top three,” says Sammi.

For judges Les Smith and Frank Ostholt, the morning’s 15-strong competition was a chance to spot and reward the talent that could ultimately come forward at the top levels.

“We’re looking for something that we’ll ultimately be seeing going around Badminton or Burghley in a few years’ time,” says Les. “They’ve got to be brave and have that elasticity and a good jump – really, they need to be a general all-rounder with potential.”

Says Frank: “We want to see a horse that’s balanced and on the aids, with a swinging, moving outline and relaxation in the movement. They need to be willing to do the job.”

Of Parkfield Pumpkin, Les says: “It’s very correct, it was very well-produced in the dressage, and it did everything it was asked.”

“The horse looks like it has a very good attitude – he’s positive, he’s genuine, and he’s very correct,” agrees Frank.

Les praised the choice of venue for the Sulby Hall Stud NEXGEN Final, which takes place at West Sussex’s All-England Jumping Course at Hickstead over two arenas and the capacious all-weather cross-country course.

“It’s good education for the horses, and this is an amazing venue for them to come to,” he says. “It’s actually much tougher than cross-country at a one-day event, because there’s a real atmosphere when you drop into this arena and there’s people here watching. They don’t ordinarily get that in a regular competition.”