Olympic champion to compete at Hickstead

Ben Maher, who won individual gold at the Tokyo Olympics last summer, has been selected for the British squad for the Longines FEI Jumping Nations Cup™ of Great Britain held at Hickstead in West Sussex. 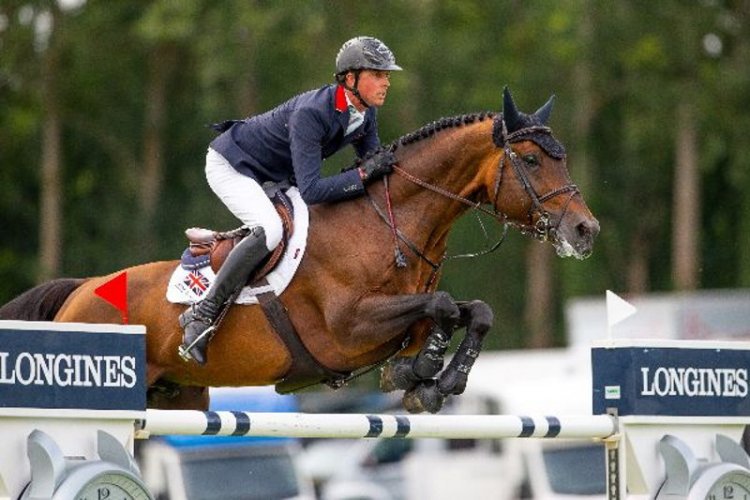 This iconic team competition takes place on the Friday of the Longines Royal International Horse Show (27-31 July), and Britain will be hoping to win its home leg of the series for the first time since 2010.

Maher has won many of Hickstead’s biggest classes, including the 2005 Hickstead Derby – which he credits as kick-starting his international career – and the 2013 Longines King George V Gold Cup, but he is yet to be on a winning Nations Cup team at Hickstead. “I’m looking forward to it – hopefully we have a good chance of winning this year as it’s been a while since we won. It’s something that’s eluded me, I haven’t been part of a winning team at Hickstead,” said Ben, who recently welcomed his first baby with wife Sophie.

Ben has been selected for the Nations Cup with the talented 12-year-old stallion Faltic HB, but he has entered his Olympic champion Explosion W for the Longines Royal International Horse Show as well. Showjumping fans will no doubt be hoping to see the pair feature in Sunday’s Grand Prix, with Ben hoping to add another Longines King George V Gold Cup win after taking the title in 2013.

“Performance Manager Di Lampard has selected a strong line-up for this month’s Nations Cup leg, with youthful talents Jodie and Harry chosen alongside the hugely experienced John Whitaker,” said Hickstead Director Lizzie Bunn. “It is nice to see Ellen back in the squad, and with our very own Olympic champion Ben Maher on the team I think we have a real chance of a home win.”

Tickets for Hickstead are on sale now, with advance discounts (including free admission to all under-15s) applying until Friday 22 July. Visit www.hickstead.co.uk to book.