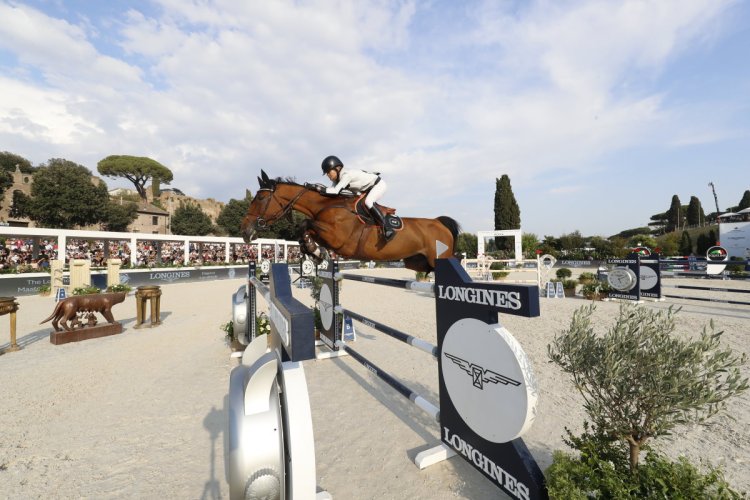 Next stop for the elite group of horse and riders competing in the series is the historic city of Rome, Italy’s capital, home to many of the world’s most recognisable monuments.For the 13th leg of the Longines Global Champions Tour, the championship race takes place in the famed Circus Maximus, which was first home to equestrian sports over 2000 years ago.Promising to be one of the most exhilarating and competitive stops on the circuit, competitors and spectators alike will be treated to a sporting spectacle in the centre of Italy’s cultural heart, neatly positioned between the incredible Palentine Hill and Aventine Hill.Current overall ranking leader, Christian Ahlmann holds a lead of 38 points ahead of LGCT London Grand Prix winner Pieter Devos who is currently sitting on 198 points. In addition to a host of the world’s best horse and rider combinations, all of the top six riders on the LGCT standings will all be in attendance in Rome, battling it out to see who has what it has what it takes to secure top position on the podium.With points at the top closer than ever, Ben Maher is breathing down the neck of the leading duo, currently positioned in third just three points behind Devos, and 41 points behind Ahlmann. Fresh off his recent team bronze at the World Championships, Ben will be aiming high as the competition reaches its peak. Accompanied by fellow LGCT Grand Prix winners, Ben’s race to the final will be in tight competition with the likes of World Champion Henrick von Eckermann, Australian icon Edwina Tops-Alexander, German veteran of the podium Ludger Beerbaum and home-grown Italian hero, Lorenzo de Luca.  Never one to miss a Grand Prix battle, Irishman Denis Lynch will be bringing his A-game, alongside Jur Vrieling and Peder Fredricson who is currently ranked third in the world.With expectations peaking, Malin Baryard-Johnsson winner of Rome LGCT Grand Prix, week one in 2021, and second place getter for LGCT Rome week 2 Grand Prix will be accompanied by Daniel Deusser, Darragh Kenny, Jos Verlooy, Michael G Duffy, Spencer Smith, Niels Bruynseels, Laura Kraut, Gregory Wathelet, Marlon Zanotelli British young-gun Jodie Hall McAteer, Lillie Keenan and Abdel Said.One of the most visited cities in the world, Rome is the ultimate destination for spectating of world-class sports, sampling of the finest local fare and viewing of some of the world’s most recognisable cultural landmarks and artworks. Spectators are sure to be treated to best-in-class show jumping as riders battle it out for the 12th round of the Longines Global Champions Tour 2022.