Horse trials raises +£200,000 for charity, plus the latest partnership news

Isleham Horse Trials has raised more than £200,000 for charity over the last 30 years.Isleham Horse Trials is continuing its support of the East Anglian Air Ambulance (EAAA) for a fifth occasion, having raised more than £200,000 for local charities in the last 30 years. The Cambridgeshire venue is preparing to host its first British Eventing fixture since the start of the pandemic (24-25 July). Organisers have thanked the […] 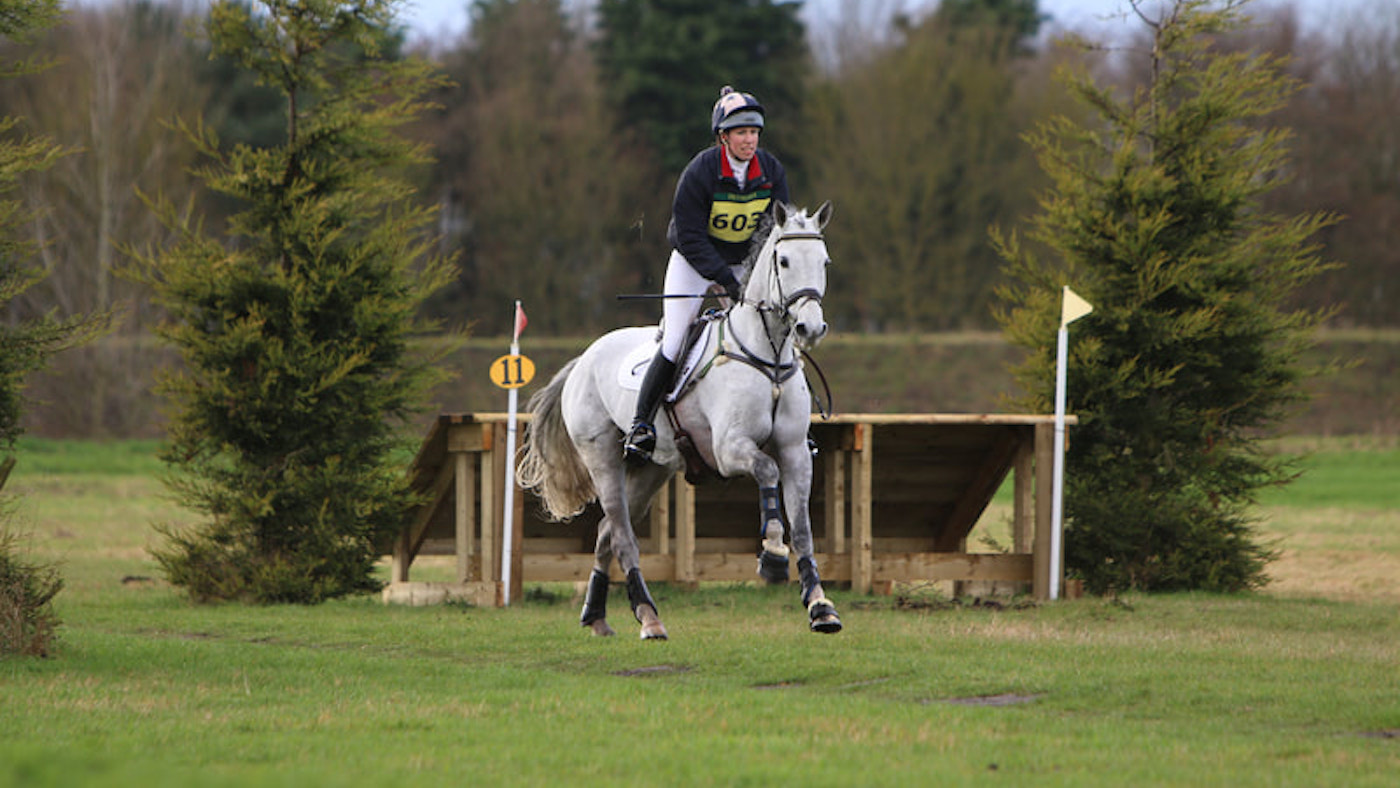 Isleham Horse Trials is continuing its support of the East Anglian Air Ambulance (EAAA) for a fifth occasion, having raised more than £200,000 for local charities in the last 30 years.

The Cambridgeshire venue is preparing to host its first British Eventing fixture since the start of the pandemic (24-25 July).

Organisers have thanked the generosity of all involved over the last three decades for helping raise £204,150 for good causes.

“We cannot thank the riders, owners, sponsors and supporters enough for their continued generosity,” said joint organiser Jackie Seddon.
“This season our particular thanks go to Rossdales Veterinary Surgeons, who have continued their support and have enabled us to offer upper-limit prize money to the BE100 and novice competitors, whilst still being able to raise significant and vital funds for the event charity.”

Donations include £48,000 to MacMillan Cancer Relief, £28,000 to Papworth Hospital, £26,500 to the Riding for the Disabled Association, £11,700 to Pos+Ability, £10,000 to Epilepsy Action, plus donations to a number of other hospital trusts, hospices and charities.
“So far, we have been able to present the EAAA with £46,750, but they need every penny to keep flying and serving the equestrian and rural communities,” added Ms Seddon.

“Our aim is to raise further funds for the charity through our event this July.”

Horse of the Year Show

Robinsons Equestrian has signed a new deal with Horse of the Year Show (HOYS, 6-10 October) to take on title sponsorship of the pony Foxhunter championship.

The final will open the evening performance on the Friday of HOYS (8 October) in the Andrews Bowen International Arena.

“We’re delighted to be supporting the Horse of the Year Show once again,” said Harriet Billingham, Robinsons Equestrian’s commercial manager.

“As one of the premier events in the equestrian calendar, it’s something we and our customers look forward to year in, year out.

“This year, sponsoring the Robinsons Equestrian Pony Foxhunter Championship is particularly exciting as it gives us the opportunity to say thank you and well done to the equestrian community during the challenging times we’ve seen over the past year.”

Other HOYS sponsorship news includes the Catplant Group of Companies Ltd, which has supported the show since 2016 and has added the cob of the year championship to its rosta of sponsored classes this year.

Debbie Harrod, on behalf of Catplant Group of Companies and the Harrod and Coles family, said: “The Catplant Group of Companies are proud to continue the sponsorship of the hunters at Horse of the Year Show, along with the cob of the year which they have sponsored in the Harrod & Coles family name. As business leaders we are delighted to be associated with the world’s leading equestrian event. As a family, we all agree the atmosphere and competition at HOYS is an experience like no other and we are very much looking forward to the 2021 event.”

HOYS is also continuing its partnership with Derby House, as official rug supplier.

Event director Emma Williams said: “As a company, [Derby House] shares our passion in creating special moments at Horse of the Year Show. Our champion rugs are such an iconic memento of winning and we know that they are prized and cherished possessions of those whom have been fortunate enough to win them. We can’t wait to see this year’s champions adorned in their purple rugs once again.”

John Collins, the founder of Talacrest, is a former player and already a supporter of Guards Polo Club. This includes sponsoring the club’s annual young player of the year award to the tune of £15,000 each year.

“I have been involved with polo at Guards Polo Club for more than 30 years and so am thrilled to be able to support the club in this new high-goal competition. I know from first-hand experience of playing high-goal at Guards that the opportunity for players to compete at the highest level on the best grounds is invaluable,” said Mr Collins.

“If Talacrest’s support can drive this tournament forward, then I am honoured to put our name to the Prince of Wales’s Championship Cup.”

Guards Polo Club chairman Brian Stein added: “I have known John for many years – I have played against him on the polo fields here at Guards Polo Club on numerous occasions – and I am delighted that he is willing to expand his already generous support of the club by sponsoring the Talacrest Prince of Wales’s Championship Cup. John’s knowledge of the game and the fact that he knows many of the players brings an added element of community and understanding to this sponsorship. We look forward to welcoming John, his Talacrest team and hopefully some gorgeous classic Ferraris to Guards Polo Club this August.”

This will be the first time in the club’s 66-year history that Guards Polo Club has hosted two 22-goal tournaments in its summer season.

The Royal International Horse Show has welcomed Prenetics as its new title sponsor for 2021, plus more partnership news

The winning Irish team at the 2018 leg of the Longines FEI Nations Cup at the Royal International Horse Show. Credit: Peter Nixon

Catch up on the latest sponsorship news in the equestrian world

“We are very proud to be able to provide the bedding for the prestigious British Showjumping National & Academy Championships, and for Stoneleigh Horse Show for 2021,” said Matthew Johnson, of Vida. “Vida’s popular bedding is made from sustainable Swedish raw forest materials that are cleaned of dust and completely free of chemical additives and treated timber, this is very important for performance horses and all the equine competitors. We want to wish everyone good luck and hope you enjoy the show.”

The equine nutrition specialists has signed a new sponsorship agreement with the STARS Champion of Champions Show at Aintree Equestrian Centre (19-21 November).

The championship event is held specifically for riding club and Pony Club members.

“We really do try and put on a fabulous show, with a championship feel and are delighted to welcome this new partnership with TopSpec. This year will be our third event and it will no doubt continue to grow in stature and popularity,” said founder Sarah Harrison.

TopSpec’s Nicola Tyler added: “Sarah and the team have quickly developed a fantastic show for riding club and Pony Club members interested in showing and we are very pleased to be supporting the event.

“Our team of feed advisors will be in attendance over the three days providing expert but friendly feeding advice for all competitors wanting help with their horses or ponies.”

The horsebox and trailer manufacturer is continuing its long-standing support of the Land Rover Blair Castle International Horse Trials (26-29 August).

Equi-Trek managing director Tom Janion said: “We are delighted to be back at Blair sponsoring the prestigious Equi-Trek Arena and catching up with all our valued customers in Scotland and the north.

“Blair Castle is a superb venue and always attracts many of the leading riders from around the world.

“The team at Equi-Trek are looking forward to one of the most northern events in the calendar, well-known for its fantastic hospitality and great competition.”

Horse & Hound magazine, out every Thursday, is packed with all the latest news and reports, as well as interviews, specials, nostalgia, vet and training advice. Find how you can enjoy the magazine delivered to your door every week, plus options to upgrade to access our H&H Plus online service which brings you breaking news as it happens as well as other benefits.