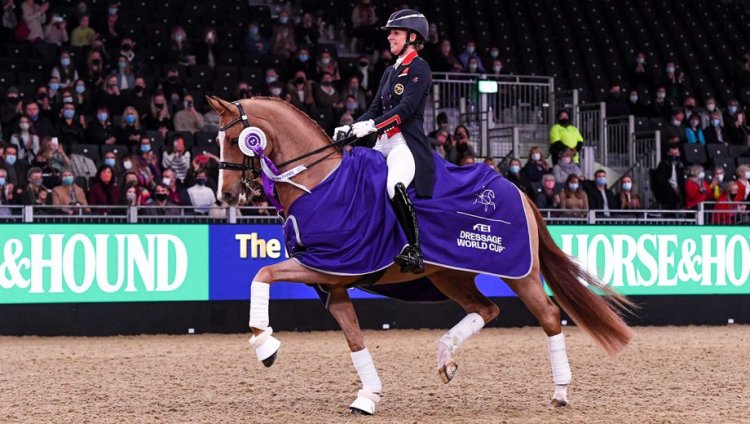 Already victorious in yesterday’s Short Grand Prix, the pair who took team and individual bronze at the Tokyo 2020 Olympic Games in July and team silver and Freestyle bronze at the FEI Dressage European Championships in Hagen (GER) in September posted a massive Freestyle score of 89.040 to put the result beyond doubt when last to go of the 15 starters.

And it was a British one-two when compatriot, Charlotte Fry, produced a fabulous test for a mark of 81.945 and second place, while Germany’s Fredric Wandres and Duke of Britain FRH slotted into third when putting 80.260 on the board.

Billed as the final ride for the winning horse/athlete combination as Gio has been sold to British junior rider Annabella Pidgley, tonight’s win was a particularly poignant one for Dujardin whose legendary partnership with the great Valegro secured three Olympic gold medals during their extraordinary career together.

Already heading the Western European League standings, Germany’s Wandres has now forged an even greater lead going into the next round of the eight-leg qualifying series in Amsterdam (NED) next month. 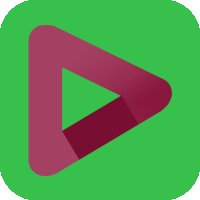 Our Mission: Watch, share, compete, challenge, advertise and ride on! Run organised virtual events and competitions or upload your equine moments and generate clip-claps from a crowd of like-minded horse enthusiasts. From participating to spectating, this is a show that never ends and features equine innovation at its best. Register to upload your videos and contact us if you are interested in running virtual events.