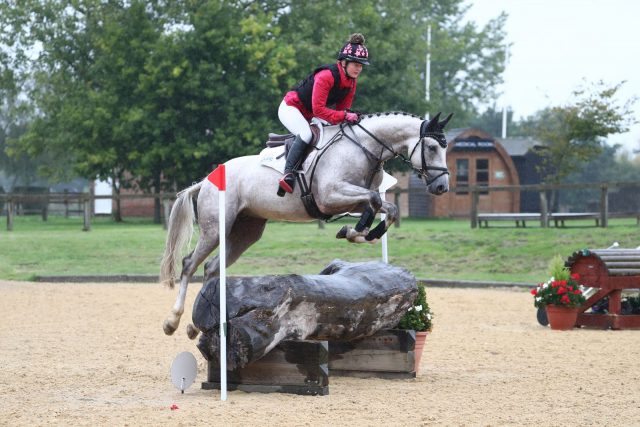 Ellie bests a competitive top five filled to the brim with Irish talent: the other four members of the business end of the leaderboard all hail from the Emerald Isle, with serious experience in their ranks from the likes of Olympian Austin O’Connor.

“He’s very, very cool, and he loves his jumping,” says 18-year-old Ellie, who took the tiny gelding on after he was broken in and has enjoyed a fruitful year with him so far.

“He might not be the flashiest on the flat, but he definitely brings it back for the cross-country – and he’s got an incredible gallop. You look at him and he’s not particularly big, but then he gallops and you’re like, ‘there’s something there!’”

Ellie, who competes up to Advanced and CCI3*-L level, also pilots the family’s duo of talented stallions – but she wasn’t particularly involved in breeding Upsi Britannia, the credit for which she gives entirely to her mother.

“I love the breeding, but my mother obviously knows a lot more ­– so I probably didn’t get a massive say in him,” she laughs. “I’d have been quite young when he was bred – just fourteen or fifteen – so all I really knew was that one day, there was a really cute foal in the field.”

Upsi Britannia boasts a pedigree for eventing that’s as impressive as his rider’s: he’s by the Selle Français stallion Upsilon, who competed at senior championship level with France’s Tom Carlile, and is out of a daughter of Lucinda’s Badminton, Burghley, and Kentucky CCI5* winner Headley Britannia. The precocious talent that that lends him also expresses itself as a big, expressive personality.

“He’s definitely got a cheeky side, but he loves his jumping, and the dressage will come with time,” says Ellie. 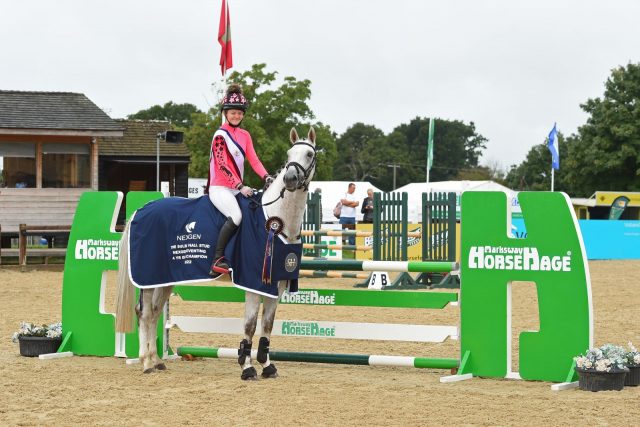 Ellie, who also has a ride in today’s five-year-old final, values the NEXGEN age class series, which was developed in 2020 by Rachel Wakefield of Uptown Eventing and Victoria Wright of Caunton Manor Stud, as a crucial part of her young horses’ continued education.

“It’s brilliant. We took him and our five-year-old finalist to Barbury, and that’s quite a big atmosphere, which sets them up so well,” she says. “After that, he went double clear at his first BE80, and then did the same around his first BE90. It was so helpful that he’d had the chance to see so much – there are NEXGEN classes in so many different places, so you can really take them wherever you want and show them a lot.”

The lessened emphasis on penalising mistakes, and a scoring system that emphasises technique and rideability over raw speed and lack of mistakes, also creates a productive learning environment, she explains.

“If you have something that’s a little bit spookier and it’s not going to jump a fence, you’re allowed to go around it – so no matter what happens, your horse gets a great education. It’s a brilliant concept.”