In a competition containing all the ingredients that make this particular equestrian team sport stand out from all the rest, Belgium won through at the fourth leg of the Longines FEI Jumping Nations Cup™ 2022 Europe Division 1 series at Falsterbo in Sweden today. 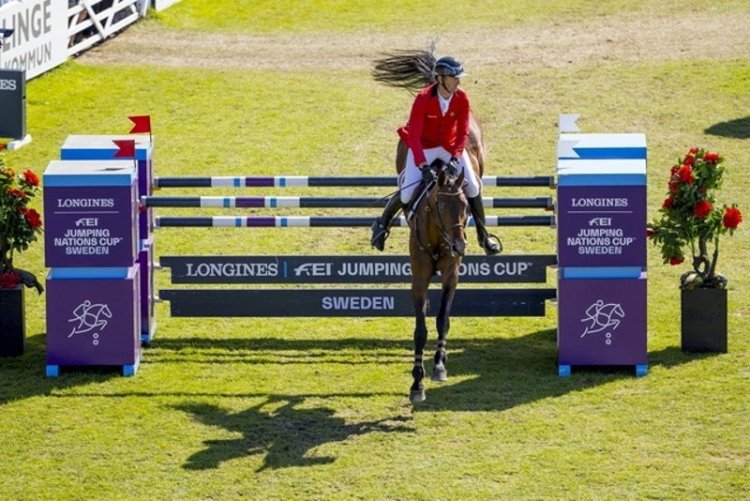 Few could have predicted that the hosts and reigning Olympic champions from Sweden would finish seventh of the eight competing nations, and that last place would go to the reigning European champions from Switzerland. And even fewer would have expected that Great Britain would lose out on the opportunity to jump off against the eventual winners because their anchor rider didn’t hear the second-round start bell.

But Nations Cup Jumping is all about unpredictability, tension and excitement, and the spectators at Falsterbo today enjoyed all of that, and more, despite the unexpected result for the home side.

Any course designed by Germany’s Frank Rothenberger is always to be taken seriously, but with 15 fault-free efforts in the first round his 12-fence track seemed very jumpable. Second time out however it was a different story.

Great Britain and Norway had the whip hand with zero scores at the halfway stage while the Belgians carried four faults into round two as did the Swiss. The Dutch were close behind with just five on the board while Team Italy had eight and both Sweden and Denmark already had 12 on the board.

However the Danes rallied brilliantly with double-clears from both Linnea Ericsson-Carey (Skorphults Baloutendro) and Andreas Schou (Independent) which moved them up the leaderboard to fifth in the final analysis. On the other hand the addition of 20 penalties saw the Swiss plummet to last place as they struggled against the track that had been significantly raised second time out. Meanwhile the Belgians really stood their ground and piled all the pressure on the leaders.

Pieter Clemens and Koen Vereecke both posted double-clears, and when 24-year-old Gilles Thomas, who left two on the floor first time out, also returned with nothing to add at his second attempt then the Belgian scoreline remained intact at four faults and was now the one to beat.

The British however still looked well in contention when Jessica Mendoza’s eight faults with Play were followed by just a single error from Joseph Stockdale and Equine America Cacharel and then a brilliant second clear from Jodie Hall McAteer with Salt’N Peppa. If the anchor partnership of Ellen Whitaker and Equine America Spacecake could follow suit then Mendoza’s eight could be dropped and the British would carry only Stockdale’s four and would jump off against the Belgians to decide the result.

And it seemed to be all about to happen until, to her utter disbelief, Whitaker saw four time faults going up on the board after she completed her otherwise copybook round. On a final scoreline of eight faults the British would have to settle for third place at the end of the day because the rock-solid Dutch foursome of Jur Vrieling (Long John Silver 3), Johnny Pals (Charley), Patrick Lemmen (Exit Remo) and Harrie Smolders (Darry Lou) added absolutely nothing to their five-fault first-round tally to slot into runner-up spot.

“I was very happy that we won but I felt very sorry for Ellen - I don’t think she heard the bell!”, said winning team rider Pieter Clemens afterwards.

Of course he was delighted with the foot-perfect performance of his mare, Hulde G, who helped clinch this important victory.

"She’s only nine years old and so far one of best horses I’ve ever had - she’s a real fighter, she tries to give everything to you and she has a great mentality"

Talking about the course he explained that when the vertical at fence two was raised for the second round along with the second two elements of the triple combination at fence nine and the following oxer, then it increased the degree of difficulty significantly. “And the water (at fence 6) was early enough - after that some horses lost control a bit and I struggled there in first round”, he pointed out.

He was full of praise for the Falsterbo Horse Show organising team, and for the Swedish spectators. “This is an amazing venue and the surface in the arena is good for our horses. They do a great show here and the spectators are fantastic!”, he said.

Meanwhile team-mate Koen Vereecke reflected on a superb return to the Swedish fixture. “Last time I was here was in 2016, and what a comeback it is today by winning the Nations Cup!”, he said.

His Chef d’Equipe, Peter Weinberg, had plenty of reasons to be happy too. “My team was brilliant in round one and even better in the second round! We have lots of Nations Cups happening at the moment so we have different riders here and for Gilles (Thomas) this was his first 5* Nations Cup and he was great!”, he said. Thomas, double European Champion at Junior level and team silver medallist at the FEI European Young Riders Championship in 2019, is yet another blossoming Belgian talent.

Weinberg is already planning for Belgium’s final outing in the Europe Division 1 series in which all of the nine teams have been allocated four events from the six qualifiers which conclude in Dublin (IRL) in mid-August. Only seven of the nine competing nations will make the cut to the Longines series Final in Barcelona (ESP) in late September, and Belgium lies fourth on the league table after today’s result.

“In two weeks we will have the next round at Hickstead (GBR) and the team will be the same except for the fifth rider. We will try to get some more points there to ensure our participation in Barcelona and I am quite confident that we will make it”, he said. 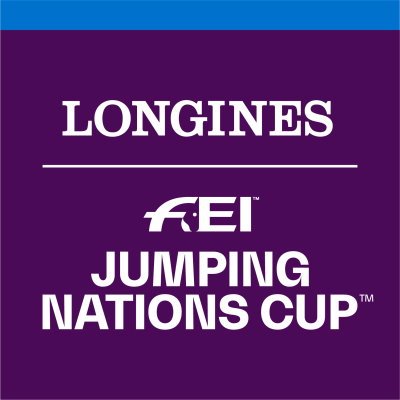 Vet team running, riding and cycling distance of Kyiv to Poland for Uk...