The breathtaking setting of the North Yorkshire Moors home to TV drama Heartbeat provides the stunning backdrop to the 2021 Home International Endurance Championship. 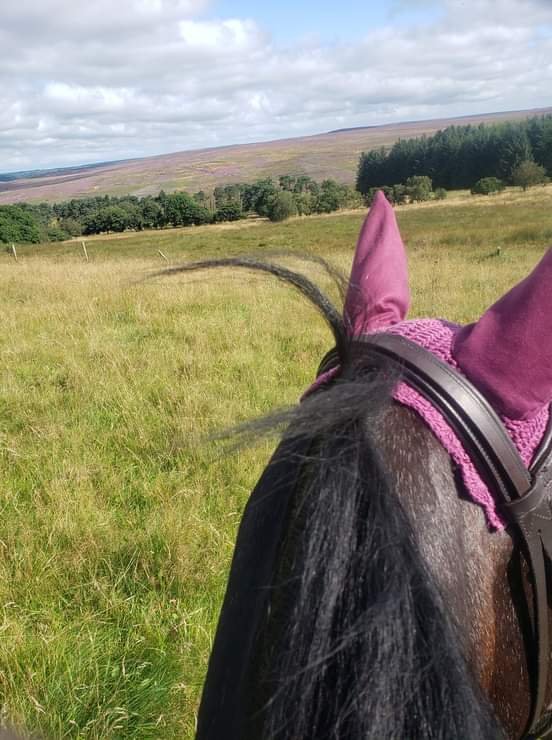 The breathtaking setting of the North Yorkshire Moors home to TV drama Heartbeat provides the stunning backdrop to the 2021 Home International Endurance Championship.

Next month’s Championship will be based in the heart of Cropton Forest at Stape near Pickering. Riders will set out from the venue at Moorside Bed and Breakfast, at Upper Brown Howe, a grassland farm home to rare breed Belted Galloways and Whitefaced Woodland sheep. The route facing the teams from England, Scotland and Wales as well as national and pleasure riders, will offer a traditional endurance riding challenge with varied terrain and some steep climbs. Organisers Sarah Wilkinson and Claire Greenbank are promising the ride will be a new ‘gem’ in Endurance GB’s calendar and believe it is a perfect venue for the fiercely contested Home International. Sarah Wilkinson said: “It is not a fast track and it has varied terrain with a combination of forestry tracks, country lanes through villages and over moorland. One section will even run alongside and cross the North York Moors Steam Railway. The venue is a gem and promises to provide a fantastic atmosphere for the Home International competition.”

A parade of international teams will take place on Friday 8th October and while a team from Ireland is absent this year due to the impact of Covid restrictions on team preparation, both Wales and Scotland will also contest the annual Celtic Challenge.

The Home International is run on an annual basis and is hosted on rotation by each of the four countries. Scottish Endurance Riding Club (SERC) presented a trophy in 1989 to be awarded annually to the winning country. The aim of the competition is to encourage riders at all levels and develop team spirit by giving an experience of international team competition. Each country will be represented by one team of six riders plus a reserve rider. The team will comprise:

The Celtic Challenge runs alongside the Home International and the team will comprise of:

An announcement on team selection for England and Wales which is made by Endurance GB is expected shortly.

Charlotte Robinson, Chef d’Equipe of the England team for the first time said: “The excitement is building for what will be a fantastic, intense but friendly contest. England as reigning champions will be looking to offer a warm Yorkshire welcome to our visiting competitors from Wales and Scotland and we are so grateful to Sarah and Claire and the hosts at Upper Brown Howe Farm for staging this for us.”

Entries for all classes are open until 4 October. For more information please go to https://croptonendurance2021.co.uk/.

Suppenkasper: Who Did It Better? Steffen Peters VS Helen Langehanenber...

IT’S TIME TO PROTECT YOUR ASSETS…