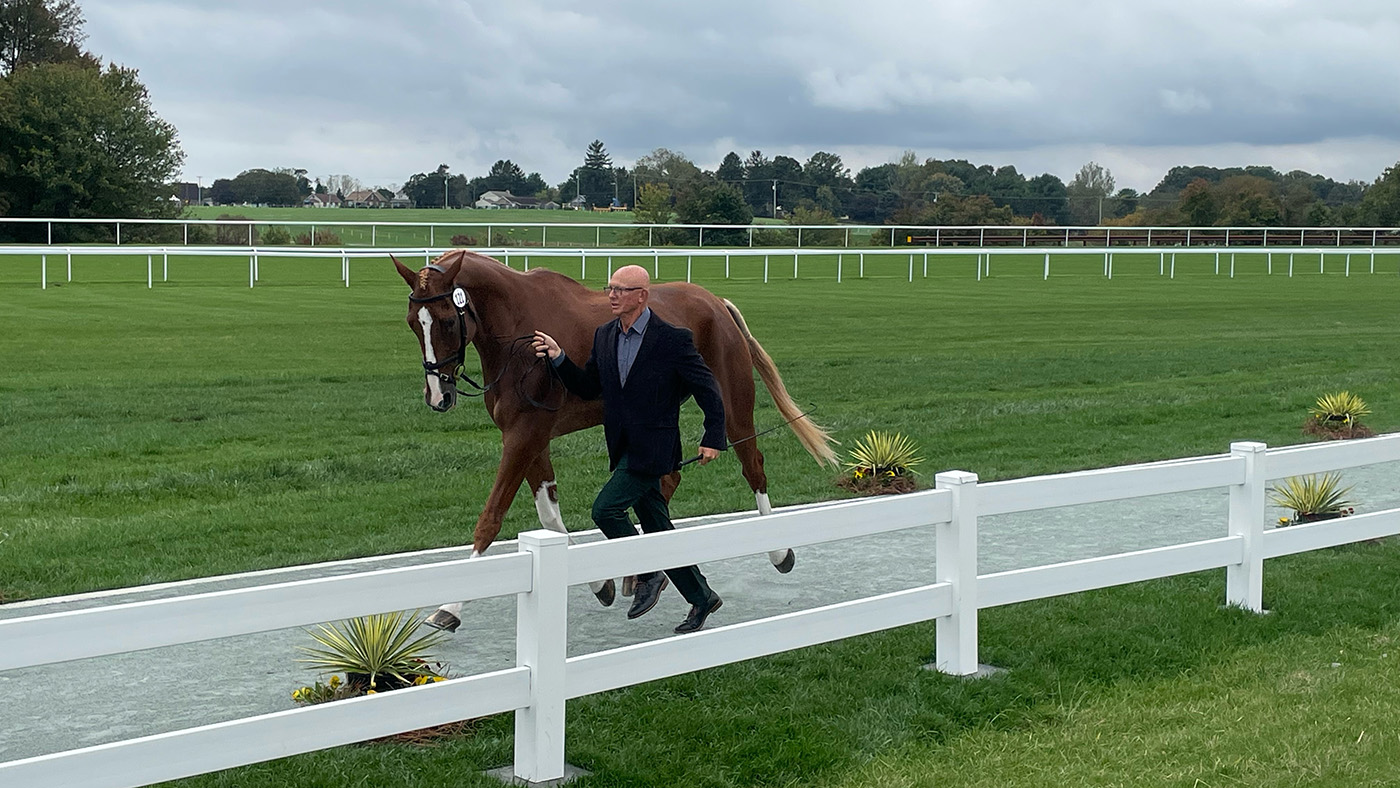 1. Tension at the Maryland 5* trot-up

Voltaire De Tre’, the ride of US-based British rider Leslie Law, was sent to the holding box at the Maryland 5 Star first trot-up today (13 October) as the world’s newest five-star event got underway. After a spell in the holding box, Leslie re-presented the chestnut, owned by Tre’ Book, who was then passed. So that was stressful. Less fortunate was Sharon White, whose grey Cooley On Show, ridden by his owner and representing the USA, was eliminated by the ground jury when brough back for re-inspection having been sent to the holding box. The dressage starts today, 1pm local time and 6pm British time.

What else happened at the trot-up?

2. This five-star horse stepping down from top level

Zagreb, who finished in the top five at five-star level five times with Alex Bragg, has been retired from top-level eventing at the age of 17. “He’s looking so well that it seems crazy to retire him, but the mechanics of his body can’t operate as well as they used to,” said Alex. “I want him to go out on a high, not fade into insignificance.” Sally and Philip Ellicott’s Zagreb will stay with the Bragg family by Alex’s oldest daughter, Ellouise, at junior level. As Alex says: “He’s a big horse and although it’s a great privilege to have a horse like that to ride, you still have to be able to ride it – it’s a little like passing your driving test and having a Ferrari, it’s exciting until you put your foot on the accelerator and realise what you’ve got to deal with. So she’ll have winter to get to know him and come out all guns blazing with him and her other horses.” Good luck to the pair.

Britain’s international eventing teams have been nothing short of incredible this year, and their victory march continued for Boekelo’s Nations Cup, the final leg of the series, which they dominated from start to finish with three riders in the top eight – all on nine-year-old horses. William Fox-Pitt and Amanda Gould’s Grafennacht finished second, Nicola Wilson and Coolparks Sarco were fourth, Izzy Taylor and Hartacker eighth, and squad newcomer James Rushbrooke rounded off the top 20 on Milchem Eclipse. William said he recognised very little of the venue since his last visit here eight years ago. “I’ve had a bang on the head and they’ve built a motorway through the middle of the site since the last time I was here, but it was a real treat to be back and competing in front of such a huge, vocal crowd,” he said – there were 75,000 spectators on cross-country day. Let’s see what the Brits can do at Maryland this week and Pau in a fortnight!

Read more from William and the team

You may also want to read…